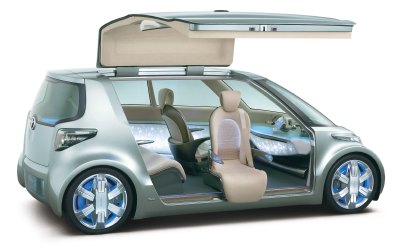 Since I’ve been thinking about tangible futures and why companies should envision the future (including car companies) I thought a visit to the Auto Show here in New York was worthwhile. The biggest surprise for me was the Toyota exhibit. While I love their process, I’m usually bored with their high quality but plain cars. But their concept cars wow’d me.

I’ve been thinking about concept cars for a few years now and how they’re a good way for companies to practice foresight. Given my advocacy of Toyota’s production system and their current success, it’s very convenient to point to their concept cars as a contributor. I can’t say how much these concepts have contributed to cause, but I certainly found their differentiated concepts a compelling correlation.

Most every concept at the show this year followed this formula:

As a group they were fun to look at but failed to inspire. We know certain technology is coming, we expect it. And the styling is the same thing we’ve been seeing for years. But what Toyota did was different. They asked, “What if the car was just as much about transportation as about entertainment? Then let’s design the car with an NBA theme and fill it with five video displays all hooked up to a video game console…” 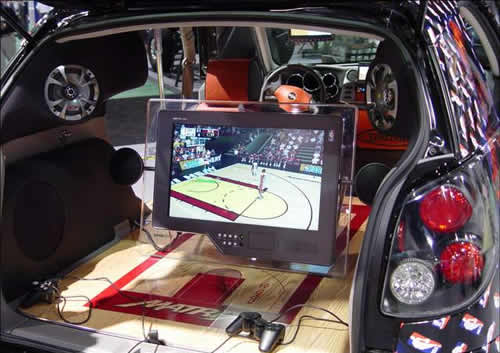 And they asked, “What if the car was just as much about transportation as about socializing? Then the car should be designed as a portable lounge that puts limos to shame…” 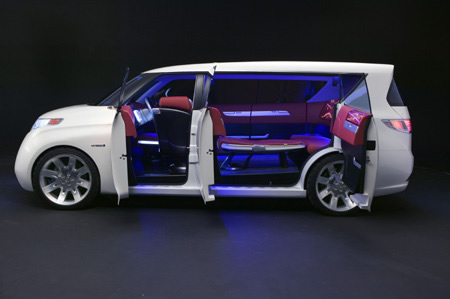 To me this represented the difference between merely combining engineering with styling and doing experience design. Rather than merely being safer or faster or better looking, you could feel how these cars would lead to a qualitatively different automotive experience, enhancing your life in a new way. That is the power of tangible futures.